Darryl Eugene Strawberry Sr., better known as Darryl Strawberry, is a retired American baseball player who spent the majority of his career as a right fielder for the New York Mets. He is also a minister and a published author.

He is a Christian minister, author, instructor, restaurant owner, and philanthropist in addition to being a former baseball player.

Darryl Strawberry’s net worth and salary

His actual salary is unknown, but he is said to have earned around $ 30 million during his playing career.

He reportedly owes the government a lot of money, as his deferred contract with the New York Mets, which would have paid him $ 36,681 annually for 17 years and future money, was auctioned off by the IRS team to pay a debt.

Based on his professional playing career, financial difficulties, divorces, and debt, his net worth is estimated to be around $ 1.5 million.

Darryl Strawberry is an American citizen. He was born in Los Angeles on March 12, 1962, to Monica and “Big Hank” Strawberry. He had a strong desire to play baseball since he was a child.

Mike, Ronnie, Regina, and Michelle are his four siblings. His father was an abusive alcoholic, so he had a difficult childhood. His father was apprehended by police, and his mother was left to raise the children alone.

He made his major league debut in 1983 with the New York Mets, where he won the Rookie of the Year Award after hitting 26 home runs and stealing 19 bases.

Strawberry’s most productive season was in 1987 when he hit 39 home runs and stole 36 bases while finishing as the NL Most Valuable Player runner-up.

He then joined the Los Angeles Dodgers, another American baseball league club, but due to recurring injuries, he was only able to play for a couple of seasons.

Strawberry then signed with the San Francisco Giants before joining the New York Yankees in 1995.

He struggled with drinking, cocaine, and admitted to being a sex addict.

His first wife, Lisa Andrews, whom he married in 1985, filed for divorce in 1987, citing physical abuse as the reason. Later, in 1993, the divorce was finalized. With his wife, he had two children, Darryl, Jr., and Diamond Nicole.

In 1993, he married his second wife, Charisse Strawberry, but they divorced in 2006. Charisse was his girlfriend, and she had filed for domestic violence before they married. She dropped the charges, however, and married him.

Jordan, a son, and Jade and Jewel, two daughters, are the couple’s three children.

In 2006, he married his third and current wife, Tracy Boulware. He met her at a Narcotics Anonymous convention in Florida in 2003 and began dating her.

Strawberry has been in a lot of legal trouble, including being sentenced to a year and a half in prison in 2002 for probation violations related to drug abuse.

He regained some sobriety following his release from prison in 2003. Strawberry also founded the Darryl Strawberry Foundation to raise funds for autism research and is an active member of their church community.

Strawberry was also a spring training instructor and a broadcast analyst for the Mets, and he was inducted into the team’s Hall of Fame in 2010.

You may also like: Doug Glanville, J. D. Martinez

Tags: a retired American baseball player, a right fielder for the New York Mets, also a minister and a published author 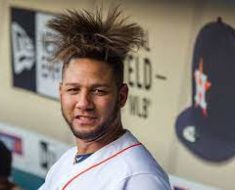 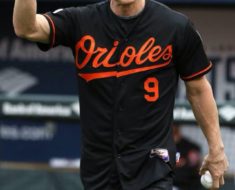 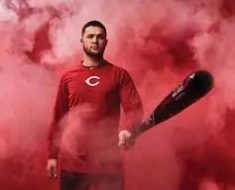 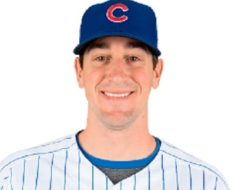 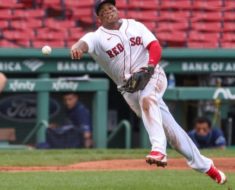