Gloria Allred has always been at the center of discussions about women’s rights, and she has used her power as a prominent attorney to ensure that no injustice affecting women is overlooked. Over the years, she has taken on a number of cases involving women’s rights, many of which have been contentious and high-profile, in order to achieve fast justice.

What is the Net Worth of Gloria Allred?

The total net worth of Gloria Allred is estimated to be $25 million as of December 2021, which reflects her legal accomplishments.

Whereas most sexual abuse victims around the world succumb to the tragedy that befalls them, Gloria Allred not only survived but also emerged with a newfound goal in life: to never let any crime against women go unpunished.

Gloria Rachel Bloom, the daughter of a Jewish working-class family, was born on July 3rd, 1941. In Philadelphia, she was born to a salesman father, Morris, and a housewife mother, Stella. Gloria graduated from the Philadelphia High School for Girls. She then enrolled in the University of Pennsylvania for her graduation, where she met her first spouse. She was married to Peyton Bray, with whom she had a daughter, Lisa Bloom, a lawyer. On September 20th, 1961, their daughter was born, and they divorced soon after.

Gloria returned to her parents after her divorce and continued her education. In 1963, she earned a BA in English with honors, and her thesis focused on black writers. She finished her master’s degree in 1966 and relocated to Watts, California. She was a member of the Los Angeles Teachers Association and taught at Fremont High School and Jordan High School.

Gloria Allred was raped at gunpoint in Acapulco in 1966 while on vacation. Gloria became pregnant as a result of sexual violence and had an abortion in a back alley because abortion was prohibited for professional doctors at the time. She became unwell and hemorrhaged as a result of the abortion and had to be admitted to the hospital. She decided to devote her life to women’s liberation as a result of these awful experiences.

Gloria married William Allred in 1968, graduated from Loyola University School of Law with a law degree, and joined the California State Bar in 1975. Despite the fact that she divorced her spouse in 1987, she kept the surname.

Gloria Allred began her professional career in the 1990s, when she wrote a bold and dramatic letter to the Senate Ethics Committee in 1992 in response to sexual harassment claims against Oregon Senator Bob Packwood. In the end, the Committee removed him rather than accepting her letter, and she resigned.

Gloria campaigned for the Yeaw v. Boy Scouts of America case in 1995, which was about evaluating whether an organization has the right to exclude girls from membership. She was also involved in a number of high-profile cases, including representing Nicole Brown Simpson’s family in the O.J. Simpson murder trial. Kelly Fisher was also represented by her in her 1997 case against Dodi Fayed.

Gloria Allred fought for actress Hunter Tylo’s case against Aaron Spelling, who fired her because of her pregnancy, in a historic case that established the rights of pregnant actors.

Gloria was involved in a number of high-profile cases in the 2000s, including the one against Michael Jackson for allegedly holding his son over a hotel balcony and the sexual abuse charges against him. She proceeded to defend women’s rights by selecting examples in which notable male celebrities were accused of unfairness and atrocities against women.

Gloria Allred has featured on a number of television shows discussing her active role in the Hollywood industry and criminal cases involving celebrities. She’s also the star of her own TV show, “We the People with Gloria Allred.” “Seeing Allred,” a documentary on her life, was just aired on Netflix.

Gloria Allred has received numerous honors since the 1970s. SBPWC, Mar District, California, honored her with the Outstanding Citizen Award in 1976. In 1986, President Ronald Reagan presented her with the President’s Volunteer Action Award. She has garnered various awards over her illustrious career. She was recently honored at the IWF World Leadership Conference 2016 and received the Elgy Award for her contributions to LGBTQ community. 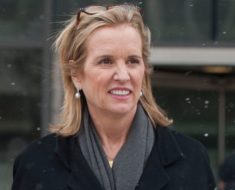