Ilia Topuria, a professional mixed martial artist from Spain who was born in Germany, is competing in the Featherweight division of the Ultimate Fighting Championship right now (UFC). He is listed as the 22nd best MMA Featherweight fighter and has a pro MMA record of 10-0-0 (win-loss-draw).

How much is the Net worth of Ilia Topuria?

According to sources, a UFC fighter’s annual compensation was said to be an average of $147,965. According to sources, Ilia Topuria made $51,000 in total in 2020. He also makes a respectable amount of money via sponsorship agreements. His net worth is estimated to be between $3 million – $4 million.

He is leading a luxury lifestyle as a result of his successful career. His Instagram handle makes it clear that he enjoys visiting various locations throughout the globe. He also has a few high-end vehicles from various brands, including BMW and Mercedes Benz. Given that, he must have amassed a respectable net worth.

Ilia Topuria, who was born in 1997, is a native of the German city’s outskirts, Halle Westfalen. Every year on January 21st, he has a birthday party. His age as of this writing is 24. His zodiac sign is Aquarius, as well.

He was born in Germany, but he is also a citizen of Spain and Georgia. Ilia has kept the specifics of his parents and siblings a secret and has not shared much about his personal life. However, it is well known that his father’s influence is how he became interested in MMA.

What is the Professional Career of Ilia Topuria?

When he was only 4 years old, the MMA fighter who stands 5 feet 7 inches tall was introduced to jiu-jitsu by his father. He started to compete after gaining expertise in the field over time. He worked as a cashier at Stradivarius in addition to his combat performances. Also, He held second place in Europe for young Jiu-Jitsu throughout his amateur fighting career and won the Arnold Schwarzenegger event called Arnold Fighter. He finally shifted his attention to professional MMA in 2015. On April 4, 2015, he faced Francisco Javier Asprilla Martinez in his professional MMA debut.

Ilia won his first fight, and he kept winning all the fights he participated in. In his following two fights, he prevailed over Daniel Vasquez and Kalil Martin-El Chalibi. His victory over Jhon Guarin on November 5, 2016, allowed him to win the vacant MFE Featherweight Championship. He used a mounted guillotine choke to defeat Mika Hamalainen in the following match. On June 16, 2018, he won the vacant Cage Warriors Vacant Bantamweight Championship by defeating Brian Bouland in less than two minutes.

However, he was denied the championship belt because he failed to make weight. He then fought Steven Goncalves and Luis Gomez before deciding to work with the UFC. He faced Youssef Zalal on October 10, 2020, in his UFC debut, and won by unanimous decision. Also, He used punches to defeat Damon Jackson in his second UFC match. Ilia is presently getting ready for his upcoming matchup with Ryan Hall on the UFC Preliminary Card. On July 10, 2021, the match will take place in Las Vegas.

Ilia Topuria: Is He Married? His Personal Life

The Spanish MMA fighter and his attractive partner are currently enjoying a happy relationship. But his partner’s identity is kept a secret. Additionally, it is unknown whether he and his spouse exchanged wedding vows in a public place or not.

Ilia hasn’t yet sent his boyfriend any photos, either. Nevertheless, it is well known that he and his girlfriend had a cute boy named Topuria Jr., according to Ilia. Ilia prefers to keep his private affairs hidden from the public and from social media. Perhaps this explains why he doesn’t post many photos of his partner, family, or son. Whatever the situation, it can be assumed that he and his partner have a strong relationship and are working hard to raise their child. 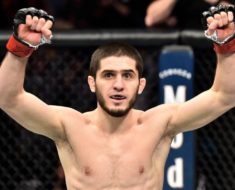 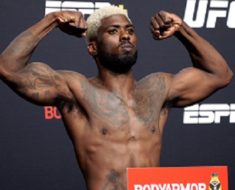 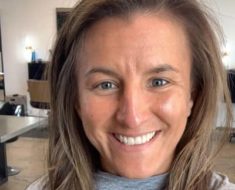 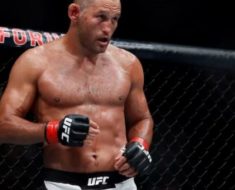 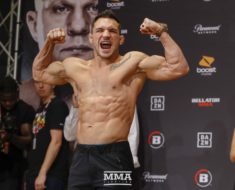 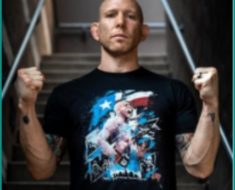