Joshua Orpin is a well-known Australian actor best recognized for his role as Conner Kent/Superboy in the DC Comics live-action series Titans (2019). Orpin, who turned professional in 2017 at the age of 23, shot to stardom with the TV series The Blake Mysteries: Ghost Stories (2018) and has 10 acting credits so far in 2020, according to IMDB.

What is Joshua Orpin Net worth?

Joshua Orpin has been working in the acting profession since his on-screen debut in 2017 and has already been in notable TV programs Titans, Upright, and Preacher, as well as the TV film The Blake Mysteries: Ghost Stories. In October 2020, the Australian actor has a net worth of $300,000, which he obtained primarily through his acting profession.

He is associated with RGM Artists, a company that acts as an agency and managing partner for artists working on TV, radio, theaters, and social media platforms in Australia and throughout the world.

How old and tall is Joshua Orpin?

Orpin was born in Melbourne, Australia, on April 15, 1994, and is of Australian nationality. The actor has a younger sister named Choe Orpin but has not revealed anything about his parents. Joshua will be 26 years old in October 2020. He is quite tall, standing at 6 feet 1 inch (185 cm).

When it comes to his academics and early career, Joshua Oprin wants to keep things low-key. He most likely refined his acting skills by attending acting schools before making his TV debut as Groom in the short film Dark Horses (2017) and as Gus in another short film You, Me, and Karen (2017). In addition, in 2017, he made his feature film debut as Axel in The Neon Spectrum, starring Stephanie Gonelli and Pat Moonie. 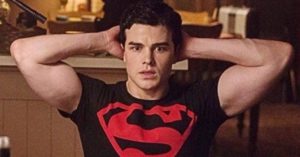 Following that, Orpin acted as Michael in Getting Ready (2018, short film) before becoming well-known for his part as Constable Peter Crowe in the TV movie The Blake Mysteries: Ghost Stories (2018). The film starred Nadine Garner, Joel Tobeck, Belinda McClory, and Tom Wren, and it earned Joshua an Equity Ensemble Award nomination in 2019.

The Australian-born actor had his breakthrough in Season 2 of Titans (2019) as DC Comics’ Conner Kent/Super Boy, with Brenton Thwaites, Anna Diop, Teagan Croft, Ryan Potter, and Conor Leslie. There, he has already appeared in 5 episodes and is set to appear in Season 3; the third season of the superhero series has been postponed due to COVID-19 and will resume filming in October 2020, with a projected completion date of June 2021.

Joshua’s other notable TV appearances include Preacher (2019), Upright (2019, mini-series), and the 2019 coming-of-age love story Highest Point, in which he co-stars with Nicholas Bennett and Meaghan Gleeson. His most recent acting job was Trawler in the short film Mother Dearest (2020). During an interview with GWW, the actor discussed his well-known part in Titans as well as his next ventures. He stated, ”

Titans is a full-time job at this point because we shoot for roughly 8 months out of the year. Nonetheless, I try to keep myself occupied in between seasons, and I especially enjoy working from home in Australia. Recently, I made a brief appearance in the wonderful Australian series Upright. It’s genuine, funny, and poignant; I highly recommend seeing it!

Is Joshua Orpin in a relationship or married?

The Titans star is not married, but he is in a relationship with his longterm girlfriend, personal trainer Asha Khan. Khan mentioned their 5 year anniversary in an Instagram post in April 2019, implying that the couple has been dating since early 2014. Their love is still continuing strong; in March 2020, Joshua Orpin released a video of himself with Asha on Instagram.

They have not, however, publicized their engagement or wedding preparations. 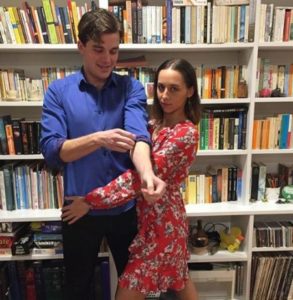 Without a doubt, Orpin’s acting abilities and alluring looks, accentuated by flaming blue eyes, have garnered him a large number of fans on his Instagram account (@joshua orpin), which currently has over 139K followers. The actor does not use Twitter or Facebook. 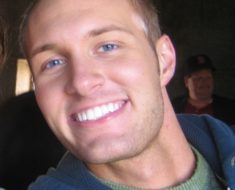 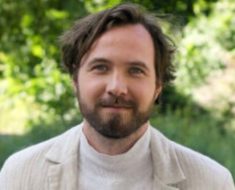 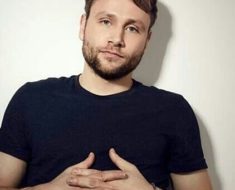 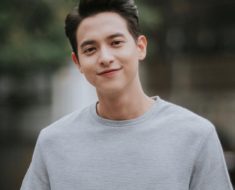 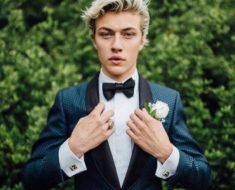 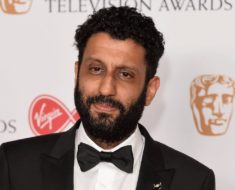