Kevin Edward McHale is a former professional basketball player, coach, and analyst from the United States who spent his whole career with the Boston Celtics. He is a member of the Basketball Hall of Fame and is widely recognized as one of the all-time great power forwards.

What is the Net Worth of Kevin McHale?

Since his professional debut in 1980, the former NBA player has won multiple championships and amassed a fortune in the millions. The net worth of Kevin Edward McHale is $16 million includes his earnings as a coach and television pundit, in addition to his playing career.

Kevin McHale played power forward for the Minnesota Golden Gophers men’s basketball team at the University of Minnesota. From 1976 through 1980, he was a member of the college team, earning All-Big Ten honors in his final two seasons. He has the second-most career points and rebounds in school history, and he was awarded the best player during the university’s 100th anniversary celebration.

McHale was the first overall pick in the 1980 NBA draft, selected by the Boston Celtics. During his second season with the Celtics, he was named to the NBA’s All-Rookie First Team and even won an NBA title. He was a member of the team for the entirety of his playing career, and he went on to win two more NBA championships with them.

Kevin re-signed with the Celtics after the 1982-83 season, with a guaranteed $1 million per season contract. He was the fourth highest-paid player in the league at the time, and he proceeded to make millions each year. McHale’s salary for the 1991-92 and 1992-93 seasons was $3.5 million, according to HoopsHype.

The Boston Celtics player’s salary increased steadily throughout the course of his thirteen-year playing career. While his total earnings were not insignificant in comparison to those of current league players, it had a significant impact on Kevin McHale’s net worth.

Kevin began working as a television analyst for the Minnesota Timberwolves after retiring as an NBA player in 1993.

McHale’s first act as General Manager was to hire Flip Saunders as the team’s head coach. He continued to make strategic decisions, such as drafting Kevin Garnett in the 1995 NBA draft, which aided the Timberwolves’ development. He remained the team’s general manager until the end of the 2008-09 season.

Kevin has worked as a commentator for several networks in addition to his on-court career. During the 2009-10 season, he began working as a floor-side analyst for TNT and NBA TV. He continues to appear on TNT in the NBA and inked a multi-year deal with Turner Sports in 2016.

Since then, the American coach has leveraged his experience on the court to host a number of NBA-related shows.

Income as a NBA Coach

Kevin McHale, unlike many other former NBA players, began his coaching career years after his retirement. He took over as the head coach of the Minnesota Timberwolves in 2008, after Randy Wittman was sacked. In 2011, the Houston Rockets hired the former Boston Celtics player to replace Rick Adelman. During his first several years with Houston, McHale was paid $2 million per year. He then signed a three-year contract extension in 2014, allegedly worth $13 million. In 2015, however, he was sacked from his role due to a string of losses.

Kevin McHale’s net worth has grown significantly over the years, despite the fact that his coaching career was not a success. His annual salary as an NBA coach has surely contributed to his overall earnings.

McHale was born in Hibbing, Minnesota, to Paul Austin McHale and Josephine Patricia Starcevic.  In 1976, he was crowned Minnesota Mr. Basketball after leading his Hibbing High School team to a runner-up finish in the AA Minnesota State Championship game. On his mother’s side, he is Croatian, while on his father’s, he is Irish.

McHale married his wife Lynn on June 30, 1982. Kristyn, Michael, Joseph, Alexandra, and Thomas were their five children. Alexandra died on November 24, 2012, at the age of 23, after spending 14 days in the hospital for lupus. McHale was born in Ireland and grew up in Croatia. 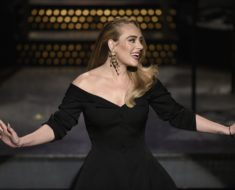 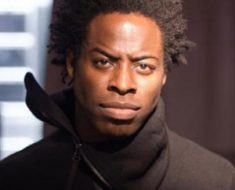 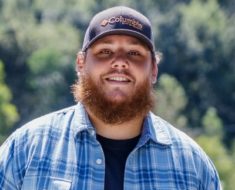 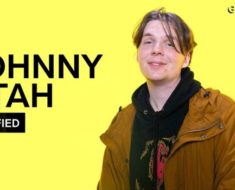 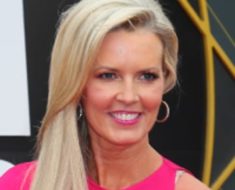