Ode Osbourne is a Jamaican Mixed Martial Art (MMA) fighter who is signed to the Ultimate Fighting Championship (UFC) under the Flyweight division. Turned professional in 2015, he formerly participated at NAFC, Pure FC, RFA, United Combat League, and HD MMA.

How Much Is Ode Osbourne’s Net Worth?

Turned professional in 2015, Ode is yet to make it big in MMA to be a brand. Besides, Osbourne works as an assistant teacher for his full-time job. A proclaimed crypto enthusiast, he is Gorilla Diamond Ambassador. As of 2021, his net worth is estimated at $0.1 million.

Kingston, Jamaica native, Ode Osbourne was born on 9th January 1992, under the star sign.Osbourne was mostly nurtured by his grandmother and then his great-grandmother. His mother had him when she was just 18 years old high schooler. When Osbourne turned seven his father moved away to England. Later two years, Ode relocated to the Flatbush section of Brooklyn, New York. In his early years, he would bounce making a stop in Florida where he played high school football.

He excelled as a member of the school’s wrestling team, becoming a three-time state finalist, moving to Milwaukee in his later high school years. Osbourne attended Wisconsin’s Carroll University, where he reached the national level as a freshman. He hit a bump in the road, as the wrestling program was shut down the ensuing year. Coming to his love life, the media is totally unaware of it. He has always lived a low-key life and has not come open about his relationship or girlfriend. For now, he is believed to be single.

What is the Professional Career of Ode Osbourne?

On 11th April 2015, Osbourne made his professional debut at NAFC: Explosion, where he won over Brent Lee via rear-naked choke. In his next fight, he challenged Doug Milbrath and defeated him via TKO punches at NAFC: Battledome on 12th September 2015. In 2016, he had a total of three fights: won against David Rhoads at NAFC: Super Brawl, loss at RFA 39 against Antonio Sanchez, and again win at Pure FC 5 over Cory Galloway.

On 23rd September 2017, Osbourne was defeated by Lose Luis Calvo at United Combat League: Havoc in Hammond 4 while challenging for the UCL Bantamweight Championship. Rebounding from loss, he has two consecutive wins in 2018 both over Aurtan Daley first via triangle choke and then TKO. On 19th January 2019, Osbourne made his featherweight debut at HD MMA 15 against Kelly Offield. He won the fight via triangle choke (submission) (submission).

On 16th July 2019, he faced Armando Villarreal at Dana White’s Contender Series 20. He won the bout via armbar submission in round one. On 18th January 2020, Osbourne made his UFC debut against Brian Kelleher at UfC 246. He lost the fight via guillotine choke submission. In his next UFC fight, he knockout Jerome Rivera at UFC Fight Night: Overeem vs. Volkov in round one on 6th February 2021.On 7th August 2021, he faced Manel Kape at UFC 265. He won the fight via KO.

How is the Personal Life of Oda Osbourne?

Ode Osbourne isn’t dating anyone, and he isn’t even married to anyone yet. However, it appears that the boxer is more concerned with his career or enjoying his field than with his love life. According to his social media platforms, he always shares photographs of games or occasionally photos of girls, but they are all games connected.

Ode Osbourne’s height is 5′ 7″ (1.70 m). He fights in the flyweight division in UFC. Fighters who fight in the flyweight class can weigh anywhere from pounds, but because of weight cutting, many MMA fighters walk around 10 – 30 lbs heavier than their weight class maximum limit.

How old is Ode Osbourne?

Where is Ode Osbourne from?

What is Ode Osbourne’s reach?

Where does Ode Osbourne train? 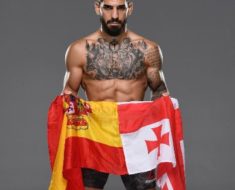 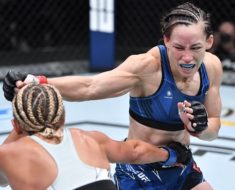 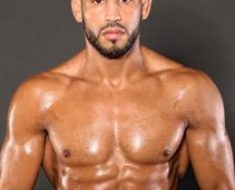 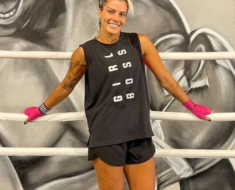 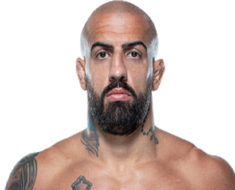 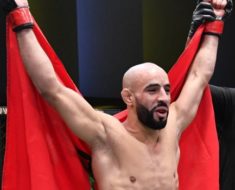