American actress Rachel Boston is known for her role in 2002’s award-winning television series American Dreams. And since her breakout, she has been ruling over the fans’ minds.

This still young and beautiful American actress seems to be quite busy building her career at the moment. She has not been seen with any other male companion anywhere. A source also claims that she is currently, somehow a single woman.

What is Rachel Boston’s Net Worth?

Rachel Boston is an American actress as well as a producer, Rachel has an estimated net worth of $4 million as of 2019. Starting her career in 2001, Rachel has gained a lot of fame and wealth from the entertainment industry

Ex-Boyfriend Is Married; Is Rachel, The Wife?

The 36-year-old actress is one of the witches in the series Witches of East End, and she has secured a high place in the entertainment industry. But besides Rachel’s work, her personal life rarely touched the limelight.

However, Rachel was previously dating The Third Eye Band’s drummer Brad Hargreaves back in 2004.

While the couple was together, they used to make their public appearance and also had walked the red carpet together.  Rachel and her then-boyfriend attended the 5th Annual Makeup Artist & Hairstylist Guild Awards at the Beverly Hilton Hotel back in 2004.

The pair only flaunted their romantic life for a short time and was out of the limelight. And it was speculated that the lovebird drifted their path.

And the speculation turned true as Rachel’s once boyfriend, Brad Hargreaves tied the knot with another partner.

Brad got married to her mysterious lady in around 2011 and moved on to live a happy life with his wife and children. He shared a toddler baby boy of three years old and an infant daughter of 8-months with his wife.

Since Rachel’s ex-boyfriend moved on with his life, Rachel stayed mum about her romantic life. She also didn’t engage with anyone after splitting from Brad.

Interestingly, Rachel wasn’t able to flaunt her relationship in real life, but that didn’t stop her from making the best out of her onscreen love life.

On 20th October 2018, the actress with a net worth of $4 million took to her private Instagram to share some wedding photos. To many viewers’ surprise, the bride and groom featured in the picture were none other than the actress herself and actor, Niall Matter.

Had she secretly tied the knot without disclosing her wedding? Few of her fans were even in haste to conclude that they looked adorable as a couple.

But in reality, the ones speculating all these had failed to read the caption alongside the picture that cited

Yes, as evident from the title, the impressive images were just a few snapshots from her 2016 movie Stop The Wedding. It turned out that she was taking a moment to congratulate her co-star Naill Matter and maybe confuse her fans.

However, one thing is clear; her fans will be taking a second guess if she ever posts her wedding pictures for real.

Rachel Boston was born on 9 May 1982 in Chattanooga, Tennessee to parents: Terry Boston and Brenda Boston. She is the only sister to her two brothers, Brian, and Andrew Boston.

She attended the Girls Preparatory School and later moved to New York City to get her further education at New York University at the age of seventeen.

In 1999, she was crowned as the Miss Tennessee Teen USA. Rachel starred in NBC series called American Dreams in which she portrayed the character of Beth Pryor. Following that, she also has many guest appearances in series like The Closer, Las Vegas, The Daily Show, and so on. 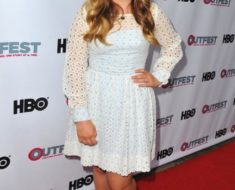 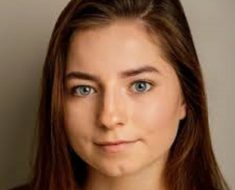 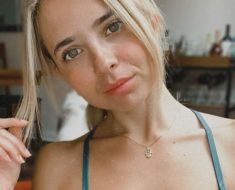 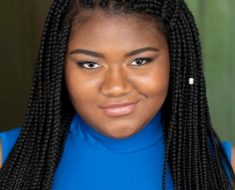 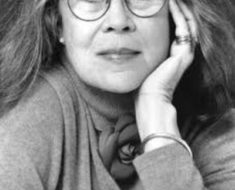 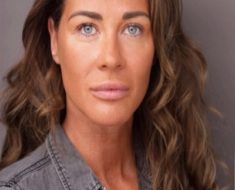