A center-back for both the Ecuadorian national team and Brazilian club Sao Paulo FC, Robert Arboleda is a professional footballer from Ecuador. Arboleda joined the Sao Paulo FC team on July 5, 2017, and has been a representative ever since.

Arboleda is also one of his team’s most talented players, and in 2021, he contributed significantly to their victory in the Campeonato Paulista. He not only enjoys success in his career but also in his personal life as the proud father of a cute daughter.

How much is the Net worth of Robert Arboleda?

Moving on to his financial information, Robert Arboleda is a player for Sao Paulo FC and received €1.80m when he signed with the team. Arboleda’s weekly pay is £8,700, while his yearly pay is £452,400, according to Salary Sport. Arboleda’s market value is currently €2.00 million, and it is continuing to rise since he plays football frequently.

Given that Arboleda has been involved in this sport for a long time, his net worth is undoubtedly in the six figures. Arboleda spends money on cars in addition to leading a luxury lifestyle. Through his Instagram account, where Arboleda is identified as @robertharboleda4, he displays it. His Instagram posts demonstrate his impressive collection of sports automobiles, which includes the 2016 Mercedes-Benz GT-Class.

His mother, Laura Escobar, gave birth to Robert Abel Arboleda Escobar in 1991; his father’s identity is still unknown. The professional player spent the majority of his formative years in Esmeraldas, Ecuador, his hometown. Arboleda also has Ecuadorian citizenship. Regarding his appearance, Arboleda measures an astounding 6 feet 2 inches tall (1.87 m).

What is the Professional Career of Robert Arboleda?

Beginning with his early years, Arboleda first had an interest in being a police officer; however, as time went on, he also became interested in pursuing a career as a football player. So, in 2007, Arboleda joined Olmedo after pursuing his goal. He joined Municipal Canar in 2011 and appeared in six matches. He also added a goal.

Arboleda spent a year playing 38 games for Grecia, appearing in two goals. Arbolda relocated to LDU Loja for the 2013–14 campaign, playing in 61 games there. In addition, he scored five goals for the group. After that, he played for Universidad Catolica del Ecuador in 51 games. Additionally, on May 26, 2016, Arboleda played in his first game for the Ecuadorian national football team against the United States.

Who is the Wife of Robert Arboleda?

Robert Arboleda is a married man to his beautiful wife whose name is still a mystery. Their married date, wedding venue, and married life are still to get disclosed yet as he has not spoken to the media. Surfacing his Instagram account, the happily married couple is blessed with a beautiful daughter. Today, the husband and wife are enjoying their life a lot with their kid. His sexual orientaiton is straight.

Robert Arboleda stands at the perfect height of 1.87 m (6 ft 2 in) matching his body weight of 70 KG. His body type is athletic. He has a pair of black eyes and his hair color is also black. His hair type is short. He has also inked a lot of tattoos on his body and he is fond of tattoos. He has got an attractive personality with a glowing face.

What is the Net Worth of Robert Arboleda?

What is the Height of Robert Arboleda?

Is Robert left or right-footed? 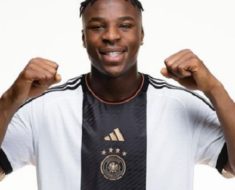 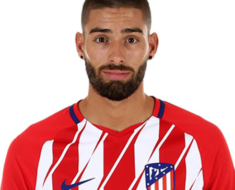 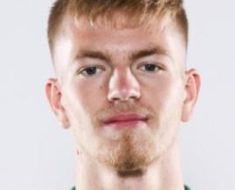 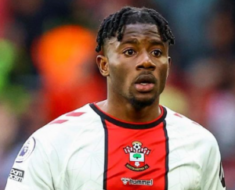 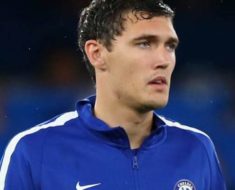 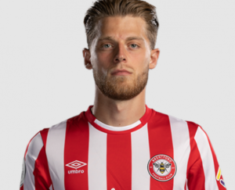