Yash Dhull, from New Delhi, India, is a well-known Indian cricketer, sportsman, social media influencer, and entrepreneur. According to reports, Yash is a professional cricketer. He is a cricketer at the age of six. He has had a lifelong interest in sports since he was a child. Yash is named captain of India’s Under-19 team for the World Cup due to his exceptional athletic abilities.

How much is the net worth of Yash Dhull?

The majority of Dhull’s income comes from his cricket career. He does not have another job (as of now). Yash Dhull is also entirely focused on his cricket career. Yash’s net worth is estimated to be around INR 1.5 crores, according to reports (approx.).

On November 11, 2002, Yash Dhull was born. He was born in the Indian city of New Delhi. According to reports, Yash was raised in Janakpuri, Delhi. He has had a strong interest in cricket since he was a child. Yash received his senior secondary education at Bal Bhawan Public School in Dwarka, Delhi, according to our research.

According to reports, Yash joined the Bhawan cricket academy in Dwarka when he was six years old. His mother registered him for cricket. Yash gave his all in the cricket academy because he loved the game. He also participated in numerous cricket matches for his team. Yash is a well-known cricketer now.

Yash Dhull started playing cricket at a young age. Let me also mention that he took part in a number of junior-level tournaments with his cricket team. His coaches are Pradeep Kocchar and Rajesh Nagar. Yash also received Rs 500 as his first cash award in the Rajesh Peter Memorial Tournament at the Under 16 level, according to reports. Because of his exceptional abilities, Yash was appointed as captain. He also put in his best performance in the Vijay Merchant Trophy 2018-19 (Under-16) against Punjab. Yash also played at the Under 16 and Under 19 levels for Delhi.

He took a break from cricket due to COVID-19. Following that, in October 2021, he competed in the Vinoo Mankad Trophy 2021-22, making 302 runs. He also represented his DDCA team. Following that, he was named captain of India’s Under-19 World Cup squad. Yash Dhull is taking part in the U-19 World Cup. Yash Dhull has been named captain of India’s Under-19 squad for the World Cup, according to reports. He has competed against UAE U19, Bangladesh U19, West Indies U19, and other teams. Thanks to his leadership, India’s Under-19 squad defeated Australia on February 2, 2022. They defeated Australia by 96 runs. The India U-19 team will now play England on February 5, 2022.

What is the relationship status of Yash Dhull?

Yash Dhull is a promising cricketer. He’s focused on his professional cricket career. After delivering his best performance in Under 19, he has won everyone’s heart. His fans are curious about his love life. Let me inform you that Yash is currently focused on his athletic career.

Perhaps Yash is single and does not have a girlfriend (as of February 2022). He also likes to play with his friends. On social media, Yash has also shared numerous photos of himself and his friends. We will notify you as soon as we learn anything new about his girlfriend.

Yash Dhull stands 5′ 9″ tall. He is about 60 kg in weight. He has beautiful warm black eyes and black hair. There is no information about his chest-waist-hip measurements, dress size, shoe size, biceps, or other body measurements.

You may also like: Jos Buttler, Jamie Clifford Thomas Murch 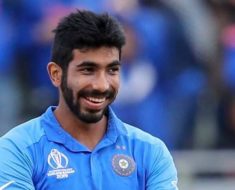 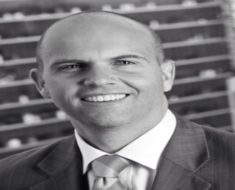 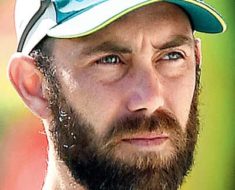 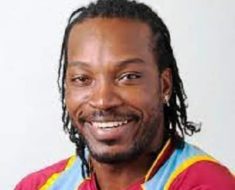